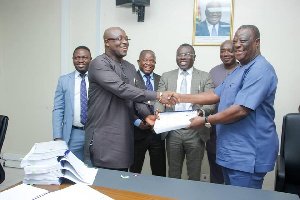 Dome-Kitase Road to be rehabilitated Work to begin in August 2022 23-km Dome-Kitase Road rehabilitation expected to be completed in 24 months The Minister for Roads and Highways, Kwesi Amoako-Attah, has signed a contract with First Sky Limited, a local construction company in Accra, for the rehabilitation of the 23-km Dome-Kitase Road. The $1.65-million project will start from the Dome Roundabout in the Greater Accra Region and end at Kitase, near Peduase in the Eastern Region. According to a notice shared on the official Facebook page of the ministry on Wednesday, July 6, 2022, the exercise is expected to start in August 2022 and is scheduled for completion in 24 months. “The project starts from the Dome Roundabout in the Greater Accra Region and ends at Kitase in the Eastern Region. The Project, estimated to cost GHC 195million is being funded by the Kuwait Fund for Arab Economic Development (KFAED) and the Government of Ghana,” the ministry announced “The Road will serve as an alternative route to Peduase and Akuapem enclave and one of the prestigious Universities in the country, the Ashesi University,” it added. The minister is quoted to have expressed optimism that the project would be executed perfectly considering the track record of First Sky Limited. The company is known to have constructed the Kete Krachi-Dodiokope road project in October 2020. That project was undertaken in three phases at a total cost of GH¢156 million. It was funded by COCOBOD, with the Ghana Highway Authority serving as the implementing agency and supervising consultant. The project which initially cost GH¢176.5 million was completed at a cost of GH¢156 million saving GH&20 million. 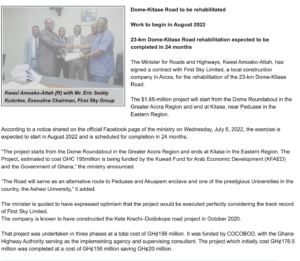 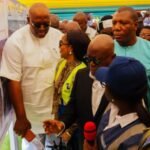 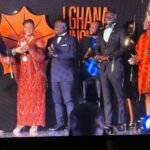