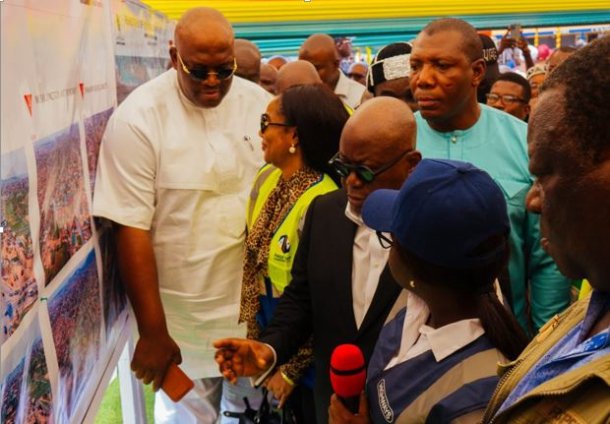 President Akufo-Addo has described First Sky Construction as one of the best in the country; taking into consideration the many projects that have been successfully handled by the company.

President Akufo-Addo made the remark while cutting sod for the commencement of work on the Dome to Kitase road by the First Sky Group.

He noted that the 35million dollar project, covering some 23 kilometers, is funded by the government of Ghana with support from the Kuwaiti Fund.

According to him, the road will connect the Accra – Kumasi road to the Accra – Aburi – Koforidua road and also serve as an alternative route for Accra and Aburi.

The President said he was happy the rehabilitation of the Dome – Kitase road is happening under his administration; adding that many more roads will be constructed in line with the government’s agenda to provide good, and quality road infrastructure to help accelerate the socio-economic development of the country.

The President, months ago commended the First Sky Group for its exceptional works in the construction sector when he announced that the Asikuma – Have road project has been awarded to the same company.

The Executive Chairman of the First Sky Group, Eric Seddy Kutortse in his statement noted that, for the past five years, First Sky Construction has been able to construct a total of 431 kilometers of road projects across the country.

Mr. Eric Seddy Kutortse pledged that all road projects would be completed in time and handed over to the government as his team comprises hardworking and diligent men who are always ready to work.

“It is with so much pleasure that we have diligently worked on the roads awarded to us without any issues and it’s been very successful, “ Mr. Kutortse said.

Mr. Kutortes noted that First Sky Construction is currently undertaking a total of 225 kilometers of road projects which are at different phases and stages of completion across the country

The Roads and Highways Minister, Kwesi Amoako-Atta reiterated the ministry’s commitment to ensuring that all road projects are delivered to reflect value for money while improving the lives of the people. 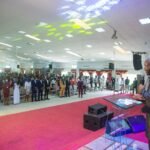 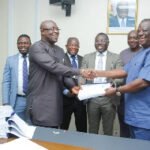